Premium luxury car makers Jaguar Land Rover, Ford (F.N) as well as Tata Motors (TAMO.NS) are testing connected cars that can communicate with each other using technology designed to speed up journeys and cut accidents, the first such trials in Britain.

Imagine a world of cars that are able to warn drivers when another connected vehicle brakes suddenly and those which can monitor traffic signals and regulate their speed to encounter fewer red lights were being showcased at a testing ground in Central England.

With the rapid increase of technology and the up-rise of sophisticated technology in vehicles, the world is paving way for fully driverless vehicles with Jaguar (JLR) owned by India’s Tata Motors demonstrating a self-driving Range Rover Sport that can overtake even slower moving cars.

“The benefits of having cars that can communicate with each other and their surroundings could be very significant — from increased road safety to improved traffic flow,” said Tim Armitage, a project director at government-backed UK Autodrive, which coordinated the trials.

As a part of government’s efforts to create an industry, which can serve a worldwide market, a driverless car was on trial on Britain’s streets for the first time. The worldwide market estimates to be worth an upwards of 1.1 billion dollars by 2025 and this figure is huge. Automakers are racing to head off the challenge from technology firms such as Alphabet Inc’s Google, which is developing autonomous vehicles. Jaguar Land Rover said earlier this year that it plans to create a fleet of more than 100 research vehicles over the next four years to test autonomous and connected technology and Volvo plans to trial driverless cars in London next year.

On the same lines, companies like Ford as well as Volvo are working with ride-hailing company Uber on trials of self-driving cars in the U.S city of Pittsburgh. The company views a driver take their hands off the wheel can be enough to unnerve even the most hardened front seat passenger.

Working with Ford and Tata Motors, the firms have launched a joint ‘Autodrive’ project, demonstrating a number of future vehicle technologies at Horiba Mira’s testing facility in Nun Eaton. 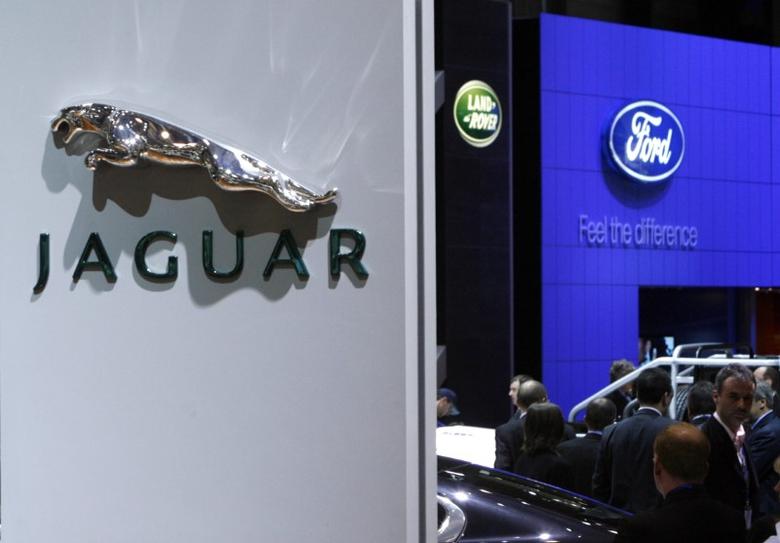 Land Rover has been fitted with communications technology, which will enable it to ‘talk’ to other makes and model of car and its surroundings – a key development on the road to driverless cars.

All three-vehicle manufacturers are all taking part in the £20 million ($24m) UK Autodrive research and development project, which will test connected and driverless tech over the course of three years. The project will be separated into two streams, with Ford focused on connected vehicle technologies rather than testing self-driving cars.

Tim Armitage, director of the UK Autodrive project, said: ‘The benefits of having cars that can communicate with each other and their surroundings could be very significant – from increased road safety to improved traffic flow, more efficient parking and better information for drivers.’

Among the array of features that are available on these cars, Land Rover’s Highway Assist feature enables the vehicle to overtake slower moving vehicles automatically as well as detecting any vehicles in the driver’s blind spot.

In the upcoming years, plenty of features will be tested that include safety parameters that sense when the driver is in front that haphazardly slams the brake even if the lights of the car are obscured either due to bad weather or other possible reasons. Drivers could welcome features that aim to reduce the amount of time spent waiting at the lights. Cars that are connected will receive real time updates from traffic lights to tell drivers to change their speed in advance while keeping the traffic moving.

This said, there are a slew of safety features that will enable vehicles to communicate with one another, while detecting hazards and even check for available parking spots:

This feature comes in handy while alerting the driver when a vehicle in front suddenly brakes, providing advanced warning, especially when the driver is unable to see the lights of the braking vehicle due to weather conditions, road layout or other vehicles in between.
Green Light Optimal Speed Advisory:

This feature sends traffic light information to the connected car that is able to calculate the optimal speed for approaching lights, potentially minimizing the number of red light stops thereby improving traffic flow and reducing emission levels from the idling vehicles.

This feature warns the driver when it is unsafe to enter an intersection due to a high probability of collision with other vehicles.

This feature assigns priority when 2 or more vehicles come to an intersection without priority signs or traffic lights.

This feature helps send information about road conditions, congestion or other incidents directly to the in-car display rather than having to rely on expensive gantry systems.

Provides real-time information about free parking spaces either in the vicinity or close to the driver’s final destination.
Bottom Line:

As attractive as these safety features seem, companies need to realize that there is plenty at stake and there is no room for errors. If the companies pull it off, its going to be revolutionary, if not, it might be quite a risqué measure.